Varius Tools Tool Workshop BROOKS Bike Over almost a century and a half, Brooks England has grown from a small workshop to a byword in quality craftsmanship. John Boultbee Brooks in 1866 he established a business in horse harnesses and general leather goods under the name JB Brooks & Co. In 1878, the unfortunate death of Mr Brooks’ horse led to a stroke of inspiration. Unable to afford another horse, he borrowed a bicycle in order to commute to work. He found the seat so uncomfortable that he vowed to do something about it. In 1882, Mr Brooks filed his first saddle patent. Waddling cyclists everywhere rejoiced and the new product was a roaring success. JB Brooks & Co. became known and respected for its beautiful leather handcrafted saddles, and soon started to make cycle and motorcycle bags and other accessories. Traditional techniques in manufacturing leather saddles were passed down from generation to generation of craftsmen as the company grew under the guidance of the Brooks family until 1958. In the last decade, Brooks & Co. have struck out on its own again as Brooks England, following a new course that honours the company’s heritage. Inspired by the timeless products designed by its predecessors, they have revived the original slogan ‘Saddles, Bags, Etc’ and introduced a range of cycle bags and other cycling accessories. Brooks England is steeped in history, a prestige brand that boasts almost 150 years of tradition and expertise. But quality and style never age. 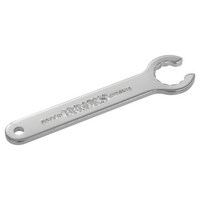 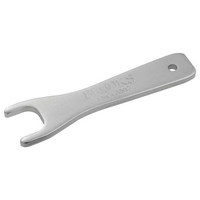 key for swallow in titanium

key for swallow in titanium

Key Brooks for Swallow in titanium