Motor Protections E-bike Protections E-Bike - Parts BAFANG Bike Bafang is a leading manufacturer of e-mobility components and complete systems for pedal assisted bicycles, selling its products in Europe, China and the United States. Thanks to its experience in the production of e-bike and electric scooter systems, the company's products are well known and appreciated in these markets. For more than ten years BAFANG has developed complete components and systems for electric vehicles. He started developing and manufacturing e-bike engines and, thanks to the vast experience and development team of over 40 engineers, he now makes second-generation engines for e-bikes, pedal assisted bicycles and electric scooters. The growth has been continuous over the years and currently the production capacity is millions of engines per year. 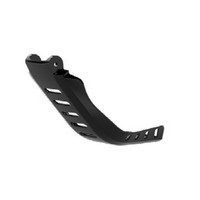