Arm and Leg Warmers Acerbis, Clothing Bike. Acerbis is among the first operators in the world in the processing and molding of plastics active in the sectors of the automotive, machinery, shovels and tractors. Recently expanded its activities to the field of industrial design and dell'arredamento.Fondata in 1973 by Franco Acerbis, began its activity producing motocross fenders, and then enlarge its production to all thermoplastic components of motocross components. It has two production units, in addition to that of Albinus, one in the Czech Republic and two distribution units, in the United States of America and the United Kingdom. 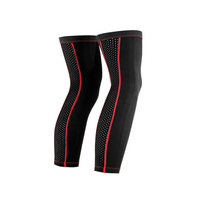