Enduro Italian Championship
This year's race was held on the Tuscan Apennines, more precisely at the Abetone Gravity Park on the homonymous mountain Abetone. The athletes were no 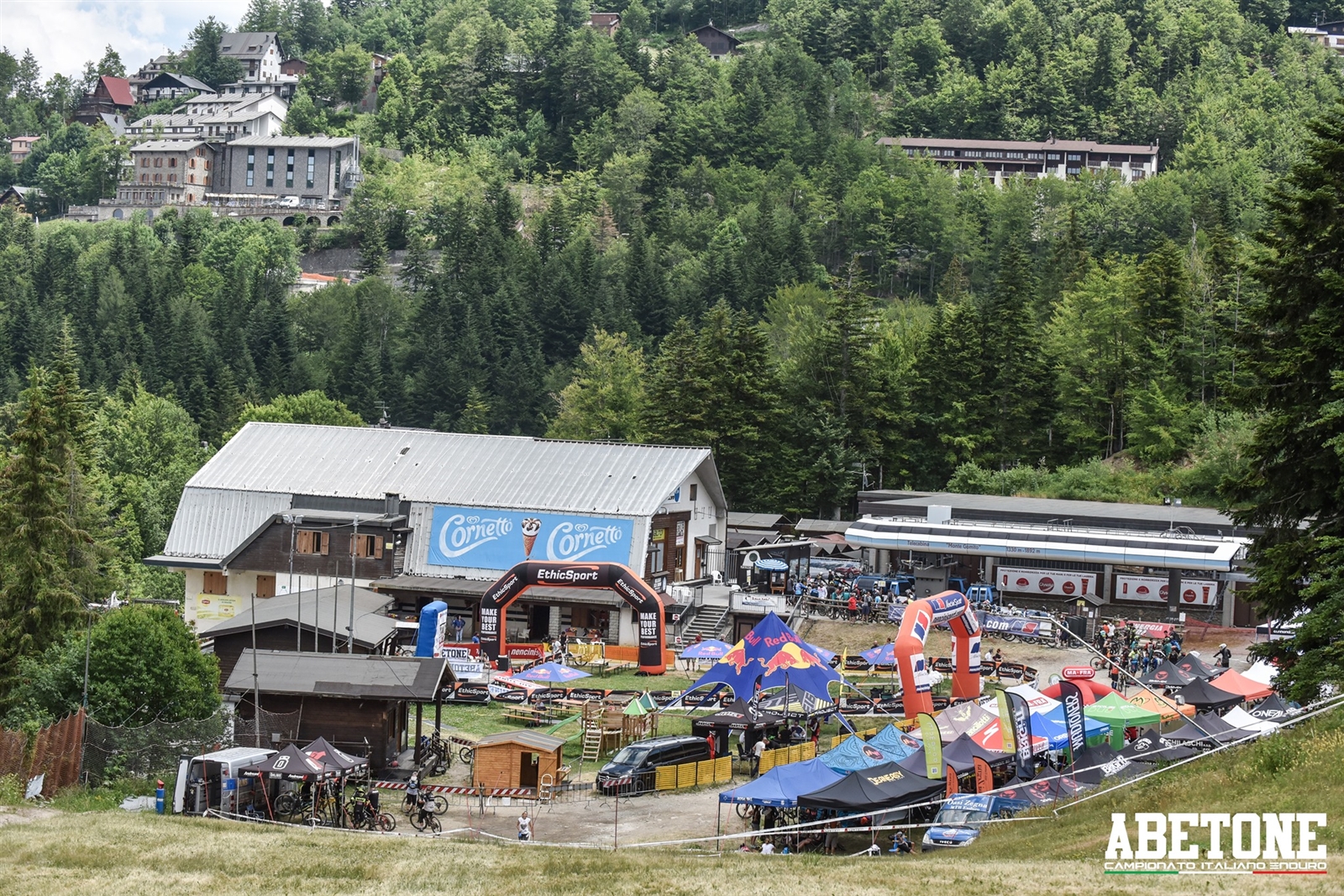 Concluded the 2021 Italian Championship, a one-day event for the assignment of the tricolor jersey.

This year's race was held on the Tuscan Apennines, more precisely at the Abetone Gravity Park on the homonymous mountain Abetone. The athletes were not lacking with the participation of over 500 riders. Our Marco Orsenigo was also present and ready for a competition of the highest level.

The event took place in five stages of different lengths interspersed with ski lifts.
All five routes were characterized by a very technical surface, mainly stony and dusty. The weather was sunny for most of the race, only to worsen in the last two special stages, made even more treacherous by the rain that surprised many athletes.

Marco Orsenigo tells us about his performance: “Since the first stage I immediately realized that it was going to be a difficult race from a physical and mental point of view. All the top riders were enclosed in a matter of seconds. After the first three stages I am fourth, just a few seconds from the podium.
Given the weather change and the continuous deterioration of the routes, I decided to increase the pace during the last two descents, aware of the risks.
I finish in a comeback in second position in the ELMT category 18-29 years old, 14 seconds behind the first.
I am very satisfied with my performance, given the complexity of the tracks and the constantly growing level of the opponents. "

The position in the general classification is also very good, 14th overall.
The victory went to Mirco Vendemmia, athlete of the Abetone Fullout team.

The Italian championship is the most important race of the year and also the strangest. Always full of twists and turns.
“This year was certainly a championship that made many turn up their noses; above all because of the mechanized lifts and the almost total lack of pedaling on the descents. A race like this has favored downhillers and penalized those who have more endurance. " Marco Orsenigo.

Now we are looking forward to the next EWS in La Thuile and the last stage of the Italian E-Enduro championship.

Special thanks to the sponsors Poc and Dainese.

The best clothing brands up to 50% discount